10 Minute Review Of Our Economy 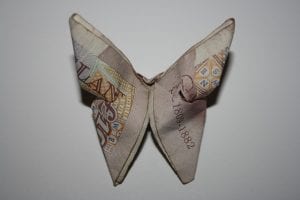 At this point in time, the economy seems to be dominated by one word “Brexit”. While the whole country is waiting to see what exactly will happen when, it’s difficult to make any sort of predictions for the future, so instead we’re focussing on the present with our 10-minute guide to the economy.

A mortgage is a long-term commitment and as such both the lender and the borrower need to feel confident that the latter will be able to keep up with the repayments over the long term. Jitters over potential job losses, particularly in the banking sector and fears that falling demand (due to reduced immigration and/or the repatriation of current immigrants) are unhelpful for the mortgage market and therefore unhelpful for the housing market.

For better or for worse the FIRE (Finance, Insurance and Real Estate) sector plays a key role in the UK economy. At the moment, it is an open question whether or not the financial services sector will hold on to its coveted passports, which enable them to sell their products and services throughout the entirety of the common market. It is also an open question as to whether or not they will continue to be able to process transactions in Euro from the UK. Some banks, such as Lloyds, have already announced job losses in the UK, although it is unclear whether or not this is directly (or even indirectly) connected to the issues surrounding the Brexit. Online banking and the move to digital payment methods (such as Visa, MasterCard and PayPal) has reduced the need for customers to visit branches, while demographic movements can see formerly busy branches losing customers to other locations.

The Bank of England (interest rates).

The Bank of England has made it clear that it will do everything it can to keep the good ship UK PLC on a steady course, even if it is through uncharted waters. The BoE essentially has two key weapons at its disposal, the option of making low-priced (or even free) credit available to banks (which, in theory should be passed on to businesses and other consumers) and interest rates. Its challenge is to provide enough stimulus to keep the economy moving without providing so much that investors get nervous about the state of the UK economy, which could lead to the UK having its credit rating downgraded, thereby making it more expensive for the UK itself to service debt. At the moment, the BoE is essentially feeling its way through a new situation along with everyone else and only time will tell how well it will manage its task.

The big news in the retail sector has arguably been the demise of BHS, however given the history behind that company’s woes it would be very difficult to pin this on Brexit. Likewise Marks and Spencer’s clothing arm saw dismal sales in the first quarter of 2016, prior to the result of the referendum and it remains to be seen how well Marks and Spencer will address the issues which led to this. The issue facing the retail sector is, of course, that it relies on consumers spending money, which means that it relies on consumers having money to spend. If consumers are uncertain about their job prospects, then it is entirely possible that they will rein in their spending, which, of course, hits retailers who specialise (or generate significant income) from discretionary purchases. For this reason, any weakness in the pound is bad news for companies which rely on imported goods (or on imported materials to make goods at home) as this increases the effective price, which means that vendors have a choice between cutting into their own margins (if they have room to do so) or passing the cost onto consumers and accepting that this may make them less attractive.