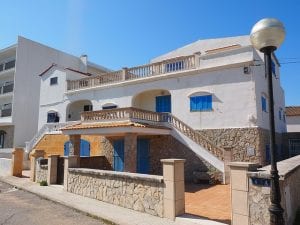 In all the press excitement about Brexit and the property market, one group of (potential) property owners seems to have been largely overlooked. This is, of course, the people who either have bought, are in the process of buying or would like to buy property in the EU. On the one hand, this is understandable since they are very much in the minority of property owners in the UK. On the other hand, this is probably of scant comfort to those who are currently in this situation and wondering where they stand.

Sorting out your status

One of the reasons why it’s so difficult to give any sort of firm comment on anything to do with Brexit is because at this time it’s totally unclear what Brexit actually means in reality. Sadly this state of affairs is likely to continue until the Conservative party elects a new leader and, we assume, article 50 is invoked and the exit negotiations begin in earnest. Even then there could still be a long wait for any final outcome since the parties concerned have up to two years to conclude their negotiations and, in principle, could actually take longer if there was agreement from all concerned. The outcome could be anything from the UK moving essentially seamlessly into the European Economic Area (EEA), in which case it will be largely business as usual, or failing to reach any agreement at all, in which case the relationship between the UK and the EU would be governed by World Trade Organisation (WTO) rules. Alternatively it could be some sort of halfway-house agreement, as yet to be determined. Anything short of full EEA membership could impact on the plans of those looking to ease into a “soft” retirement, i.e. one bolstered by some work as well as those currently relying on some level of local income.

Getting there and back

Regardless of whether an EU property is a permanent home or a holiday property, it’s a reasonable assumption that there will be at least a certain degree of travel between the property and the UK. Given that those with UK passports can travel to numerous countries without needing a tourist visa, it seems highly unlikely that Brexit would cause difficulties in this area.

The pound in your pocket

To be fair, the issue of Pound/Euro exchange rates has been an issue for UK pensioners living in the EU for a long time. The sudden drop in the pound did, however, bring it into sharp focus. In the long term, a more pressing issue could be how pensioners would be treated by the UK government in a post-Brexit world. At the moment, EU-based pensioners are treated the same way as their UK-based counterparts and any increases in pensions are automatically passed on to them. Even if the UK joins the EEA, it may be within the bounds of possibility that the UK will seek to treat EU-based pensioners in the same way as their counterparts living outside the EU, meaning that they could feasibly be excluded from future rises in the state pension. Even if this was, technically, a breach of the freedom-of-movement rules which also apply to EEA countries, the other member countries might allow it if they did not see this as having an impact on their citizens.

The availability of mortgages

Regardless of whether central governments lay down any rules restricting the ability of non-EU nationals to obtain mortgages, it is entirely possible that lenders may feel more nervous about advancing funds to borrowers who are non-EU nationals, particularly if their home country is experiencing economic and/or political turbulence, which could affect exchange rates and hence the borrower’s income. If they choose to lend at all, they may demand larger deposits and higher interest rates.