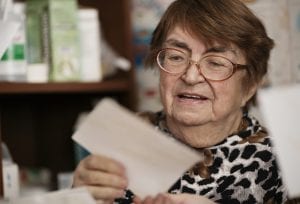 Dealing with an ageing population has been an increasing concern for a number of years now. “Pensions freedoms” have been one aspect of encouraging people to save for their later life. Not to put too fine a point on it, the changes made to paying for care in later life are another aspect of the same topic. In simple terms, it allows people to keep more of their money if they need care in their senior years. Presumably the government hopes that this will motivate people to save (more).

The Care Act and what it says

The Care Act actually contains a lot of changes to social care provision, but there are two which stand out.
At current time, people with capital and savings of less than £14,250 have the cost of care paid for them in its entirety, people with a net worth of between £14,250 and £23,250 receive some level of assistance and people who have more than £23,250 must fund the entire cost of care themselves. From April 2020, people with capital and savings of less than £17,000 will have their care costs paid in full and those with a net worth of between £17,001 and £118,000 will be eligible for some form of assistance and only those with a net value of more than £118,000 will need to meet the cost of their care in full – up to a maximum of £72,000.
The other stand out feature of the Care Act is that the amount an individual will have to pay towards eligible care will be capped at £72,000. Eligible care can include care at home as well as spending time in residential care. It is important to note that the actual cost of bed and board in a care home is excluded from the cap, but will itself be capped at £12,000 per year.
For more information go to http://www.ageuk.org.uk/home-and-care/the-care-act/

Calculating the Cost of Eligible Care

One of the most important points to note about the Care Act is that the amount of help you will receive will be based on two factors, which are assessed by your local authority:

In other words, your local authority will only pay for care which they agree you need and at a rate they assess (rather than based on what you actually pay). Given that the implementation of these changes is still three years away, it is arguably far too early to say what effect, if any, these facts will have in practice, although it is probably fair to say that it is always a good idea to aim to have funds available so that you can afford to pay for care which meets your expectations, rather than being obliged to accept your local authority’s point of view. It is also too early to know the details of exactly how this new approach will be administered in a practical sense. The basic principle behind them will be that local authorities will create “Care Accounts” for older people, which will be used to keep track of who has paid for what. Presumably this will involve some degree of paperwork for older adults.

In modern times, the concept of old age has become something of a contradiction. On one hand, older people can be some of the most active people around and on the other, it’s still very much the case that some older people can be vulnerable and need extensive care. Realistically as we age, our bodies become more vulnerable to illness and injury and we need longer recovery time, so a spell in care is a distinct possibility for many people. With this in mind, even younger people should look at the question of financing their later years as being a core part of their financial planning.