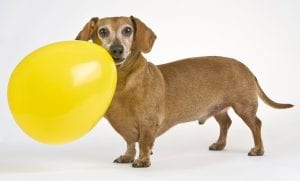 In principle, interest rates and inflation can be viewed as being the two opposite ends of a see-saw. If interest rates go up, the cost of finance rises and savers get more for their money. If people have less inclination to spend, then there is an incentive for sellers to lower prices and hence lower inflation. The reverse is also true. That is, of course, a very simplistic explanation in that, in the real world, there can be many other factors at play, for example if demand for an item is high and supply limited, then raising interest rates may actually cause prices to increase as supply-side costs go up and demand stays high.
The ideal level of inflation
Inflation actually serves a useful purpose in that it acts as a call to action. Basically people know that if they put off making a purchase, there is a good chance that the price will increase. At the same time, however, if prices increase too quickly, then all kinds of problems can ensue. The Weimar Republic in 1920s Germany was characterised by high inflation, which meant that money became worthless almost as soon as it was printed. The opposite of inflation is deflation, which is when prices fall. Deflation has a similar effect to raising interest rates and was one factor in the Great Depression of the 1930s in the U.S.A. Basically although the headline cost of a purchase was reduced, the cost of paying for any finance needed to buy it effectively increased (by much more than the official rate of interest), making it significantly more expensive. At current time, the UK government aims for a continuous inflation rate of 2% and the Monetary Policy Committee of the Bank of England is tasked with managing this.
How does the Bank of England manage inflation?
The Monetary Policy Committee meets 8 times a year and decides what action to take, if any, to keep inflation at the government’s 2% target. They have two tools at their disposal, interest rates and quantitative easing. Interest rates can be used to influence inflation regardless of whether it is rising or falling. Quantitative easing only comes into play where low inflation/deflation is a concern. Essentially quantitative easing is when the Bank of England (BoE) literally increases the supply of money and uses this “new money” to buy assets, typically government bonds. Increasing the supply of money reduces its value and therefore has a similar effect to lowering interest rates. Both the UK and US administrations have made use of quantitative easing (QE) in recent years, most notably after the financial collapse of 2008.
What is likely to come in the near future?
At this point, there is very little scope to lower interest rates any further (unless the BoE shows itself willing to go down the path of zero or negative interest rates). That being so, if inflation shows signs of dropping below the 2% target, the UK could see another round of QE. By contrast, if inflation increases, then the BoE, in theory, has plenty of scope to raise interest rates. The challenge to them is the fact that doing so would impact mortgage holders rather than simply reining in consumer spending. This could place the BoE between a rock and a hard place, but since its target is to keep inflation at 2%, it may have very little choice but to raise rates, unless the government agreed to waive the target. One factor which could suggest a rate rise might be on the cards sooner rather than later is that a weak pound increases the cost of importing goods and sellers may seek to pass this increase onto the customer. If they did, this would push inflation upwards and increase the likelihood of interest rates being raised.