A financially-rewarding retirement is not the only contributor to a satisfying, healthy and enjoyable life, it’s still a pretty important one. 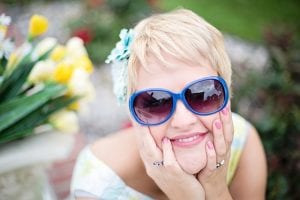 For most, during working life, financial wellbeing will depend on whatever they do to earn money. However, as well as securing the living standards you want when you’re working, it’s also important to think carefully about putting some of that income aside for your future.
Generally speaking, the more you save and the earlier you start saving, the better shape your financial assets are likely to be in when you need to draw on them.
Choices at retirement
When work ends or reduces, your financial assets have a bigger part to play. And for many their pension fund will be an important (but not necessarily their only) financial asset. The decision on where to draw funds from when money is needed to replace or supplement earned income will be an important, and sometimes complex decision and there are many factors that can influence it:

Historically, most people have bought a ‘lifetime’ annuity on retirement. In April 2015, there were some big changes to the ways in which you can take money from your pension fund. The new options introduce more choice – and more complexity. The fundamental principle though, is that once you’ve reached age 55 you will have the ability to access all or any part of your pension fund, albeit taxed, however and whenever you want to.
The State Pension
For many, the pension the State provides will form a key part of their retirement income. The amount of State Pension you’ll get usually depends on the National Insurance contributions you’ve paid. The age at which you can claim State Pension is changing. It’s currently 65 for men. State Pension Age (SPA) for women is gradually increasing from 60 and will reach 65 by November 2018. SPA for both men and women will then increase to 66 by October 2020 and then to 67 and eventually 68 by 2046. A new single tier State Pension of £155.65 maximum a week, replacing the Basic and Additional pensions, will affect people reaching State Pension Age from 6 April 2016 onwards.
Ensuring good decision-making
Self-evidently, the greater the value of your investment, the greater chance you will have of a financially rewarding retirement. But the more investments you have, the more important it will be to think very carefully about where you take money from when the time comes to take it.
A good understanding of the tax rules that apply to your investments will be essential to good decision making. You’ll also need to think about the relative importance of certainty of income, access to capital, and preservation of capital for your family, as well as the degree of risk you’re prepared to take to achieve your required level of return on the investments that remain in your pension fund.
The value of your investments and any income from them can fall as well as rise and you may not get back the original amount invested. HM Revenue and Customs practice and the law relating to taxation are complex and subject to individual circumstances and changes which cannot be foreseen
If you’d like expert advice on your retirement choices, please get in touch.