How is EU uncertainty affecting every day life 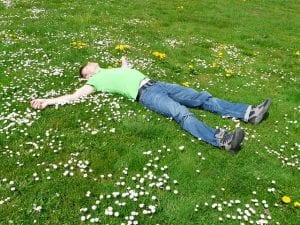 People in the UK (and in particular in Scotland) could be forgiven for showing signs of voters’ fatigue. A general election in 2015 has been followed by elections for the Scottish Parliament and the EU referendum is drawing ever closer.
As voting day nears, both sides in the Brexit debate have been putting forward their respective arguments about how the UK exiting the EU could affect people living here. In the mean time, to a certain extent, the UK is in limbo, with people viewing some key decisions, particularly financial decisions, in the light of the potential for the UK to leave the EU.
Here are three areas which could be heavily impacted by the outcome of the EU referendum.
House Prices
Immigration from other EU countries has helped to boost demand for housing and therefore raise house prices. One of the key arguments made by the “Leave” camp is the fact that the UK would regain control over its own borders and, in short, could stop, or at least restrain, further immigration and even, in theory at least, revoke the permission to stay of immigrants who are already here. Fewer people translates to less need for housing and therefore could serve to lower house prices. Of course, this is good news for first-time buyers and it is not necessarily bad news for those who only own residential property. While sellers may well receive less for their home than they might have done previously, they would also be likely to pay less for another property into which to move. Buy-to-let landlords, however, are unlikely to be thrilled at the thought of having a property sitting empty and declining in value at the same time, particularly not when they have paid extra stamp duty to buy it.
Financial Services
There has been huge debate about how a Brexit would affect the financial services market in general and the City of London in particular. The reality here is that the impact, if any, will probably only become clear in the event of a vote to leave. Part of this impact will be direct in the sense that the UK financial services market will have to reassess its relationship with the EU and see where it stands in terms of having access to EU markets (and of having to provide access to the UK market to competitors from other EU countries). Another part of it is likely to be indirect, since the financial-services industry depends greatly on consumer confidence and as yet it is unclear how this would be affected by a Brexit.
Employment
This issue is closely bound up with the topic of immigration. On the one hand, EU immigration is good news for employers as it expands the labour pool making it easier for them to find skilled workers and to keep down wages for less-skilled jobs. On the other hand, less-skilled British workers are currently competing against EU immigrants for the available jobs. How much of an impact a Brexit would have would depend on the extent to which the government moved to curb immigration. At one end of the scale it could simply restrict new arrivals but allow those already here to stay indefinitely, while at the other it could, in theory at least, deport established immigrants. There is also a question of how many jobs in the UK have been created as a result of immigration and what would happen to these jobs if the UK were to exit the EU and reduce immigration. One example of this is the retail industry, where immigration provides extra custom. At current time, employers in these environments may well be postponing decisions about permanent headcount until after the EU referendum.