How to fund a university education 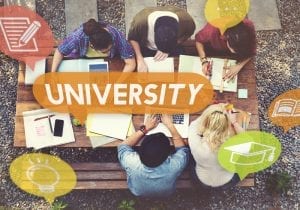 Before the introduction of student loans you may have left university with a bank overdraft. But the sum owed probably paled into insignificance compared to the five-figure debts faced by the coming generation of graduates.
According to the Institute for Fiscal Studies when added to university fees, the average student starting their degree course this year will face a potential £50,800 of debt on graduation, taking university fees and the cost of living into account.

According to the Universities and Colleges Admission Service (UCAS), there was a 5% decline in the number of UK students applying to university for courses starting in 2017. The figures show a 7% drop in applications in Wales, 6% in England and 5% in Northern Ireland. This could be partly attributed to the loss of grant system, as the decline was only 2% in Scotland where fees are paid by the Scottish Government.
Evidence also suggests that fewer students are combining part-time work with their studies. During
March to May 2017, of 2.04 million full time students 890,000 took part-time jobs. This is down 41,000 on the same period the previous year.
The combination of increased fees coupled with the reduced number of students taking part-time work, could create a greater financial burden on parents who want to support their children, or result in a bigger loan amount faced by students when they leave university.

Investing for your children’s education

If you want to fund your child through their degree course, there are plenty of options to consider.
But there are also a number of considerations that it’s important to be aware of, including ownership of the investments and the impact of tax.
Two principles which apply to many aspects of financial planning are particularly relevant when planning for your children’s financial future:

be worse than the wrong investment set up in the right way. DIY planning is not to be recommended, given the potential pitfalls.
If you’re looking for advice on how to invest to support your child’s education, please get in touch.
The value of investments and any income from them can go down as well as up and you may not get back the original amount invested.