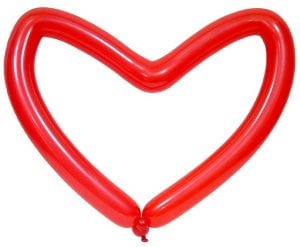 In principle, interest rates and inflation act a bit like a child’s see-saw. When interest rates go up, people are encouraged to save rather than spend. This reduces demand, which encourages suppliers to lower their prices, which results in lower inflation. When interest rates go down, the reverse happens. That, at least, is the general theory. Of course, in the real world, many other factors can come into play. For example, if there is a bad harvest, then the price of the affected crop is very likely to go up regardless of what happens with interest rates.

Inflation and the economy

While the idea of continually-increasing prices may seem like bad news, it’s actually fundamental to a healthy economy. In essence it acts as a “call-to-action” to consumers, preventing them from waiting for prices to drop further. An example of how this works in practice can be seen in the stock market. When a company is experiencing steady growth, consumers are happy to buy its shares in the expectation that they will see a return on their investment. When a company’s stock price begins to drop, existing investors may try to sell their shares to mitigate their own losses, while potential investors sit on the sidelines to see how far the price will drop. At its most extreme, this sort of behaviour can lead to the classic “boom and bust” cycle.

Interest rates can influence asset prices, including house prices. When interest rates go down, the cost of borrowing typically becomes cheaper. Up until relatively recently, this had the potential consequence of allowing consumers to take out larger mortgages, meaning that they were able to buy more expensive properties. Hence lower interest rates had the potential to feed into the demand for property and therefore to increase house prices. In recent times, however, the mortgage market review has tightened up the mortgage-lending market. Specifically it has forced lenders to look very closely at the likelihood of borrowers being able to manage a mortgage over the long term. This includes considering factors such as the potential for higher interest rates and the potential for borrowers to experience a reduction in income (or even a temporary loss of income). In principle, this could mean that, going forward, the level of interest rates at any given moment has, at most, limited influence on the housing market. At this point, however, it is still rather early to draw definite conclusions about this.

The Bank of England and the Monetary Policy Balancing Act

One of the Bank of England’s responsibilities is to try to ensure that the UK experiences steady economic growth. Specifically, the Bank of England Monetary Policy Committee aims to ensure that the UK experiences continual inflation of exactly 2%, neither more nor less. Of course, even Olympic archers miss the absolute centre of the target some of the time and hence it is considered acceptable for inflation to be between 1% and 3%, if, however, it is any lower or higher than this, then the governor of the Bank of England has to write an open letter to the Chancellor of the Exchequer to explain why this has happened and what the Bank of England proposes to do about it. Over recent years, a sluggish economy has seen interest rates kept very low. Because of this, there is a case for arguing that, realistically, there is only one way for interest rates to go and that is up. While this may be true over the very long term, it is entirely possible that the Bank of England will hold fast to its current low-interest-rate policy until there are very clear and consistent signs of growth in the UK economy.