It happened to him 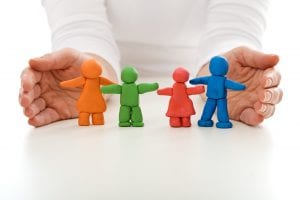 Don’t let the ‘it won’t happen to me’ approach affect your decision on whether or not to take out critical illness cover.
David thought he was a fit, healthy, middle-aged man, with a good exercise regime and diet. He was a keen runner, and had even completed the New York marathon. It was only when he experienced angina-like symptoms that he went to his GP.
He was diagnosed with hereditary coronary heart disease.
David was shocked at this diagnosis – and even more so when his surgeon informed him he had already had a heart attack. The surgeon suggested that David’s seemingly normal response to running had disguised the symptoms of angina.
Luckily, David had critical illness insurance cover in place and after receiving the diagnosis, David got in touch with his policy provider who provided useful information and guidance on how to make a claim. The process was straightforward and the provider kept in touch with David right up until the cheque was banked.
David is self-employed and chose to stop work while he received treatment for his heart condition. Having the financial payout from his policy meant that he could concentrate on recovery and make sure his family didn’t have the additional burden of paying the bills while he wasn’t working. He now works part time and enjoys more time at home with his family.
David has always been a firm believer in having cover in place for the unexpected, and in his case it has been worth every penny.
Critical illness cover is often underestimated when it comes to taking out protection insurance as many people think it’s an expensive monthly outgoing when the chances are “it’s not going to happen to me”. But with statistics like this, it’s a mindset more of us should think about changing:

Don’t leave it to chance, get in touch with us today and we can review protection arrangements for you and your family.
Based on a real-life case study. The names have been changed to protect the privacy of individuals.