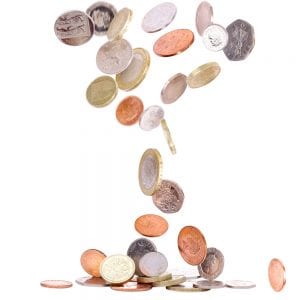 Two thirds of working households in the UK consider themselves to be ‘just about managing’ financially, according to research.
The Resolution Foundation, which researches the living standards of those on low to middle incomes, has identified six million Jams (as they have become known) spread across Britain. Jams tend to have at least one person in work and most work full-time. Some will earn higher salaries, but typically they will be low earners receiving top ups from the welfare state, such as tax credits.

A priority for the government?

In her first speech as Prime Minister, Theresa May addressed the Jams directly, suggesting that the government would be working hard to help improve their lot. But the impact of years of flat wages, coupled with cuts to working-age benefits and increased rental and property prices, makes this is a huge issue to tackle.

What’s more, the Institute of Fiscal Studies suggests that the weak growth will continue, which means the situation won’t get easier for these families in the short-term.
The increasing financial pressure the Jams are under is worrying, and an unexpected change in circumstances could make their situation a lot worse. What would happen if the main breadwinner was to lose their income, or fall ill and have to take time off work?
If you’re in this situation, the first step is to understand what you’ve got coming in and how you’re spending your money. Once you’ve got your budget under control you can look for ways to save money and, if you can afford to, consider how you might protect your income in the event of sickness, ill-health, or worse.

Two thirds of working households in the UK consider themselves to be ‘just about managing’ financially, according to research.

If you’d like help with your financial planning, please get in touch.