When it comes to their mortgage, are younger people making better financial decisions than their 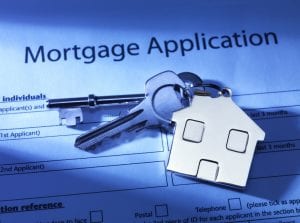 older counterparts?
The term ‘millennial generation’ applies to people born somewhere between 1980 and 2000, a 20-year span which also saw a huge rise in property prices. At the start of 1980, the average house price was £22,677, but by the end of 2000 this had risen to £81,628. Today the figure stands at £209,971.
A recent study shows the dramatic rise in property prices means just one in five 25-year-olds can afford to buy a property, and the average age of a first-time buyer in the UK has been pushed up to 30. Despite the financial challenges, almost three quarters of UK millennials intend to buy their first home in the next five years.

The millennials who’ve bucked the trend and already made the first rung of the housing ladder obviously prefer the concept of reducing their loan month by month, with the vast majority (92%) of 18-34 year olds choosing a repayment mortgage, compared with 68% of those aged 55 and over.

Younger borrowers also seem to prefer to know what their mortgage repayments are going to be, with nearly 70% opting for a fixed-rate deal compared with 35% of their older counterparts. They also seem happy to shop around, with a quarter remortgaging to potentially reduce their monthly payments, whereas 82% of those aged 55 and over have stuck with the same mortgage.
Offset mortgages also appear to be more attractive to younger generations with one third of 18-34 year olds taking out an offset mortgage (where they will use their savings to either reduce the term or repayments on their mortgage) compared to just 11% of over 55s.
If there is a conclusion to be made from these statistics it could be that millennials are more savvy when it comes to their mortgage, but remember, interest rates have remained at record lows for nearly ten years; something that’s very much in their favour.
Figures correct as at September 2017
Whatever age you are, whether you’re looking to buy for the first time, remortgage or move up
the housing ladder, please get in touch to see how we can find the right mortgage for you.
Your home may be repossessed if you do not keep up repayments on your mortgage.