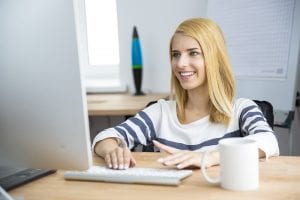 A week is a long time in politics. It was about the length of time it took Chancellor Philip Hammond (and/or his boss Prime Minister Theresa May) to decide that the proposed increase in National Insurance Contributions (NICs) for the self employed was best abandoned. Here is a quick guide to what happened and some possible explanations as to why and what it means.

In the run-up to the 2015 general election, their predecessors George Osborne and David Cameron campaigned on a pledge to lock taxes and NI and to combat scepticism about politicians’ election promises, guaranteed that they would bring in legislation to make it illegal for them to do so, which they duly did.

The legislation, however, only applied to NI contributions made by employers and the employed, hence Philip Hammond was in his legal right to raise NICs for the self-employed.

The court of public opinion

While the letter of the law was on the Chancellor’s side, politicians also have to answer to the court of public opinion and the judgement here was clear. The stated campaign pledge had been “no increase in NICs” and the fact that the related legislation had only specified Class 1 NICs was irrelevant. Not to put too fine a point on it, the move was seen as a betrayal of a manifesto promise and this fact was made clear in many newspaper headlines.

A swift U turn

It’s probably safe to say that neither Philip Hammond nor Theresa May expected the change to NICS to be popular with the self-employed, but that they completely underestimated the scale and strength of the reaction of the general public. Even though the change only impacted a relatively small number of people, it was perceived as the Conservatives using legal technicalities to get around a clear manifesto pledge and that went down very badly with the public as a whole. If newspaper columns are to be believed, the backlash made both backbench MPs and cabinet ministers very nervous. March 2017 is about halfway through a 5-year parliament. The proposed increase was due to take effect in April 2018 and hence would have factored in tax returns filed between April 2019 and January 2020. In other words, the subject was very likely to be fresh in people’s minds at election time in May 2020. Just as MPs need to think about their constituents’ opinions, so governments need to think about their backbenchers’ opinions, particularly ones which have an absolute majority of 12 and a working majority of 17. The Chancellor and Prime Minister quickly decided that this was one battle which was more hassle than it was worth and beat a hasty retreat.

Philip Hammond and Theresa May may be taking their cue from the old saying “least said, soonest mended”. In other words, by backing down now, they’ve effectively put a stop to the topic for the time being and, of course, with Brexit looming, it’s a safe bet that journalists will have plenty of other material for columns and the public matter for debate. At the same time, financial books still need to be balanced and in a letter to Conservative MPs, Philip Hammond stated that it was his view that the benefits gap between the self-employed and the employed had narrowed sufficiently that the gap between their relative levels of NI contributions had ceased to be justifiable. Given that the manifesto pledge only applied to the current parliament, i.e. up to the 2020 election, it is entirely possible that Chancellor will seek to raise NI for the self-employed at some point in the future.