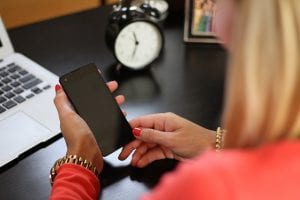 Much of the post-Brexit discussion has focused on what might be called “visible” topics, such as immigration. It is, however, also important to think about financial matters and to take whatever steps are necessary to mitigate any potential negative consequences. In this article, we’ll take a look at Brexit and what it means (or could mean) for pensions and pensioners.
The UK state pension
The UK state pension is based on National Insurance contributions. These are paid by those in employment (which can include self-employment) and are paid on behalf of those in receipt of certain benefits. While it is arguably unlikely that any changes would be made to current entitlements for existing pensioners, there are plenty of open questions regarding future entitlements. George Osborne has already indicated that he thinks that taxes (and presumably NI) would need to go up and spending would need to go down to cope with the economic impact of a Brexit. This could have a number of implications for the state pension such as increased NI contributions being required to claim it, the state-pension age being increased (further) and/or the triple-lock guarantee being abandoned.
Defined-benefits workplace pensions
This type of pension scheme has already largely been abandoned in the private sector and employers who continue to offer such schemes tend to be ones in which there is a significant degree of union influence, this generally means the public-sector or formerly-national industries such as public transport, some of which at least continue to receive government (for which read taxpayer-funded) subsidies. Public-sector pensions have become an increasingly-contentious issue over recent years and could feasibly become a new battle-ground in a post-EU UK.
Defined-contributions workplace pensions
These are the de facto standard for workplace pensions and have been heavily promoted by the government over recent years (“We’re all in”). In these schemes, employees and employers both make contributions to a pension pot in readiness for an employee’s retirement. These contributions are currently determined as a percentage of the employee’s salary. When the auto-enrolment scheme was announced, the plan was to mandate a steady rise in the level of contributions over the forthcoming years. The Brexit decision may cause that position to be rethought. It may also cause employees to rethink their commitment to workplace pensions and either to look for alternative ways to save for retirement (ones which offer more flexibility) or to suspend their preparations for retirement in order to focus on present needs.
Personal pensions
Personal pensions are essentially defined-contributions pensions without the involvement of an employer. They allow the self-employed and those out of employment (e.g. home-makers) to save towards a pension, but as with their workplace counterparts, they may lose favour to more flexible (if less tax-efficient alternatives) if people need to focus on the present.
Pensions in general
Ultimately all pensions, including taxpayer-funded ones are dependent on the returns from private enterprise (or state-owned assets). As the city of Detroit has so clearly demonstrated, life can get very interesting when commitments made by governments or government-backed organisations prove too much for the revenues which can reasonably be generated by the current generation of taxpayers. Likewise governments which have worked to incentivise people to save towards their retirement are likely to be very unhappy if they find that people have taken advantage of tax benefits only to lose the money they have saved over the years through poor investment choices. Hence it is possible that some people in government make seek to reverse the (relatively) new pensions freedoms and force pensioners back into annuities. The potential problem with this approach, however, is that it may simply encourage people to avoid pensions, in spite of their tax benefits.
Whilst all decisions are very much up in the air, if you have any concerns or questions regarding your current financial options we recommend that you talk to a financial adviser who should be able to allay your fears and answer your questions.