Pension Changes – What Do You Need To Know? 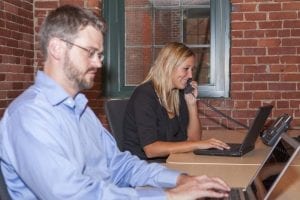 Officially the UK now has pensions freedom. For some people however, this may equate to pensions confusion. Here is a quick and simple guide to the new pensions rules.
Rule 1 – The state pension becomes the new state pension
The talk about pensions freedoms relates to private, direct contributions pensions. The state pension operates according to its own set of rules. In short the old system of state pension + additional state pension is being replaced with a single-tier scheme and you will need at least 35 years of NI contributions to qualify for the full pension, as opposed to the previous 30.
Rule 2 – Pensions freedoms only apply to defined contributions pensions
Defined contributions pensions are pensions where you save to create a pensions pot and the benefit you receive is based on the value of that pot. Defined benefits pensions, often known as “final salary” pensions are ones in which you receive a previously-agreed benefit regardless of the value of your pension pot. You may be able to swap a defined benefit pension for a defined contribution one, but that is a significant move.
Rule 3 – The lifetime pensions allowance is reduced
The amount of money you can save, tax-free into a direct contributions pension has been reduced from £1.25 million to £1 million. You can choose to save more than this but you will have to accept a hefty tax liability on withdrawals (55%). While this may seem like a huge sum to accumulate, people are being increasingly encouraged to start saving for pensions at as early an age as possible, even people on average incomes may find themselves bumping up against this barrier.
Rule 4 – 55 and 75 are the two ages to remember
You can now access your pension pot from age 55 (planned to be 57 from 2028). If you die before your 75th birthday then your heirs will receive the whole pot tax free. If you die after that your heirs can either monetize the pot and pay 45% tax or receive an income from it, taxed as income.
Rule 5 – Annuities are now optional
For decades the price of the tax-efficiency of pensions as savings vehicles had to be set against the eventual requirement to buy an annuity. Now those with defined contributions pension pots can choose whether or not an annuity is right for them. This could be a very significant decision for many people. Annuities provide a guaranteed income for life. The advantage of this is obvious. The disadvantage is that annuities may offer far less generous returns than other options, such as keeping the money invested.
Rule 6 – You can withdraw up to a quarter of your pension pot without paying tax
You can either withdraw a quarter of the pot at once or you can make smaller withdrawals as and when you need them, in which case the first quarter 25% of the withdrawal will be tax-free and the rest taxed as income.
Rule 7 – Let the buyer beware
People may disagree on the niceties of retirement planning, but there is huge and broad consensus on its importance. Making arrangements to have an income at a time of life when working may no longer be desirable even if it is possible is a hugely important part of financial planning. Greater freedom of choice can mean greater challenges in making the right choice. Because of this the government has set up the Pension Wise service to help people to take informed decisions. This service, however, can only provide general guidance rather than personally-tailored advice, for the latter you would need to contact a professional financial advisor.