Should You Consider a Junior ISA? 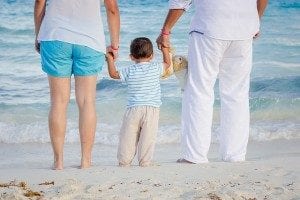 Becoming a parent for the first time is a shock to the system in a great many ways. Lack of sleep is pretty much unavoidable. Lack of time for anything other than taking care of the baby is a hazard of being a parent. Lack of money, however, can be avoided with careful planning.
Financial Planning for Children – the Cost Curve
Parenthood can roughly be broken down into three stages, pre-school years, school years and post-school years. In the earliest years, children are hugely expensive and the first child most of all since all the relevant baby items such as cots, prams, pushchairs and such like have to be acquired. The school years can be a great relief to some parents since they mean a steady reduction in childcare requirements as children grow to be more independent, while still living at home. Then the post-school years arrive, when children are technically young adults but may very will still be financially dependent on their parents. This is where the expenses of parenting can quickly ramp up again, particularly if children wish to go to university and live away from home. Even if children do not wish to study at University, there is a good chance they will need some form of further training and possibly other forms of help to improve their employment situation such as driving lessons, a car and, of course, insurance. That’s where Junior ISAs can come in. Essentially they allow parents (along with family and friends) to build up savings for a child, which they can only access when they reach 18.
The Basics of Junior ISAs
For the tax year 2016/2017 the Junior ISA allowance is £4,080. This allowance can be held in cash, in which case the interest is tax free or invested in which case the gains are generally tax free. Junior ISAs are available to UK-resident children aged under 18 and, under current rules, there is an extra boost for those aged 16 and 17 because they are old enough to open adult ISAs themselves but are still eligible to hold Junior ISAs. This could feasibly be a useful way to make a last-minute push to build funds before the child reaches legal adulthood at 18.
When considering opening a Junior ISA for your child, it’s important to realize that any money which goes into it stays locked away until they reach 18 (unless they become terminally ill or die). Depending on your point of view this may be an advantage, which enforces saving discipline, a disadvantage as it stops anyone from accessing the cash in case of real need or an irrelevant point.
The Pros and Cons of Junior ISAs
The benefits of Junior ISAs are much the same as for their adult counterparts, i.e. they are a tax efficient way of saving, however parents might wish to consider how much of a benefit this actually is. In other words, how much interest is the child likely to earn and how much other income do they have? If they’re not likely to pay tax on their savings in any case, then the key benefit of a Junior ISAs is somewhat irrelevant.
One feature of Junior ISAs which parents may wish to think about carefully is that on the child’s 18thbirthday, the money becomes theirs to do with as they please. In other words, if you’re plan is for them to use the money to go to university and theirs is to use it to go travelling, then basically there’s nothing you can do about it. Parents wishing to keep at least a degree of control over how the funds are used will need to look at alternative options such as trusts.
The value of investments and any income from them can fall as well as rise.  You may not get back the amount originally invested.
HM Revenue and Customs practice and the law relating to taxation are complex and subject to individual circumstances and changes which cannot be foreseen