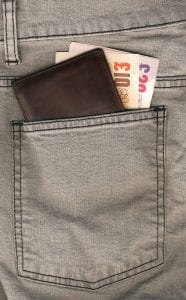 While the gist of Philip Hammond’s latest budget was widely anticipated (at least the major points), it still makes for interesting reading.

National Insurance rises for the self-employed

Those of a certain age may remember that in 1988 U.S. presidential candidate George H. W. Bush won headlines with a straightforward promise “Read my lips: no new taxes”. After election, in 1990, he proceeded to raise taxes. Rather more recently, David Cameron and George Osborne fought the 2015 election on a platform of no increases in personal taxation and explicitly included National Insurance in their campaign pledge. Now that the Conservative party is in government, however, this pledge has been shown to be open to negotiation as new Chancellor Philip Hammond used his April 2017 budget to announce an increase in National Insurance, albeit “only” for the self-employed. This increase will take effect in April 2018. He also reduced the tax-free dividend allowance available to directors and shareholders from £5KPA to £2KPA, again from April 2018. The chancellor did raise the personal tax-free allowance to £11.5KPA and reaffirmed his commitment to raising it to £12.5K by 2020.

Business get some relief from rate rises

Recently the business media has been full of stories of how the 7-yearly reassessment of business rates was great news for large internet retailers operating out-of-town warehouses but really hurting high-street retailers, particularly smaller ones. The chancellor has therefore announced £435M to assist businesses in dealing with this change, of which £300M will be used to create a hardship fund for those who are suffering the most. It should be noted, however, that this will be made available to local councils to use at their discretion, so it will be interesting to see how this works in reality. Additionally, pubs with a rateable value of under £100K will get a £1K discount on their rates and businesses which are losing rate relief will have the increase limited to £50 per month.

The cost of key purchases

As has become almost a budget tradition, fuel duty is frozen as is Vehicle Excise Duty rates for hauliers and the HGV Road User Levy. While some media sources had been anticipating a move to penalise owners of diesel cars or even to force diesel cars to be scrapped, nothing of this sort was mentioned in the budget, although there was a passing reference to the possibility of changes to the “tax treatment for diesel vehicles” at some point in the future. There were no extra increases to the duty on alcohol or tobacco, although there is a new minimum excise duty on cigarettes based on the assumption that cigarettes are priced at £7.35 per packet. Philip Hammond also announced that UK VAT would henceforth be payable by people roaming outside of the EU (which raises the question of whether this will be extended to within the EU after Brexit). To the surprise of some, the controversial “sugar tax” also remains as is for the time being and gambling is likewise left unchanged.

Funding for the regions

Scotland, Wales and Northern Ireland get £250M, £200 and £120M worth of funding respectively. Following on from his backing for a high-speed rail link between Leeds and Manchester in his last budget, Philip Hammond pledged £90M to the north of England and £23M to the Midlands, which is to be used specifically to address pinch points on roads. The chancellor also announced support for local projects over the coming year, for example work on the A483 corridor in Cheshire and the Outer Ring Road in Leicester. Also in keeping with his previous budget, the chancellor pledged £16M for 5G mobile technology and £200M for local broadband networks.