State Pension – All You Need To Know 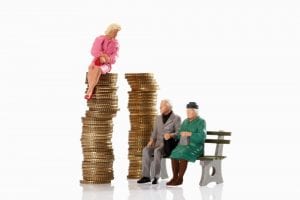 Changes to the State Pension which took effect on 6 April 2016 were designed to simplify the system. With the earnings-related part applying to employed people removed, what you could qualify for depends on your National Insurance (NI) record
For the current tax year 2017/2018, the new State Pension is £159.55 per week. To be eligible to receive the state pension you’ll need to have made NI contributions for a minimum of 10 years and 35 years to be eligible for the full amount. However, you might get more than this if you’ve built up entitlement to additional state pension under the old system, or less if you were contracted out.

Under the old State Pension rules and up to 5 April 2016, you could ‘contract out’ of the additional State Pension, which meant you and your employer could pay lower NI contributions into the state system.
You could not contract out of the basic State Pension, but you could pay lower NI contributions if you were part of a private pension, such as a workplace or personal pension scheme, that could build up to replace the element of Additional State Pension you were opting out of.
If you were contracted out, your starting amount for the new State Pension might be lower than it is for people with similar circumstances who remained contracted in. You might get the equivalent amount from your workplace or personal pension scheme unless:

You should know if this applies to you, but if you’re in any doubt and think you may be affected you can contact your scheme.

In some cases you may be able to have your State Pension worked out using different rules that could give you a higher rate if you chose to pay married women and widow’s reduced-rate NI contributions.
The rules on how you can increase your State Pension and what you can inherit will be different depending on when you and your spouse or civil partner reach State Pension age. You can find out more at gov.uk/state-pension-through-partner
If you’ve not yet reached State Pension Age and worry you might not have enough NI contributions to get the maximum amount to qualify at all, you can make Class 3 National Insurance contributions. You will need to contact HM Revenue and Customs who will let you know if you can make the voluntary contributions and, if so, how much to pay.
If you would like to discuss your pension requirements please get in touch