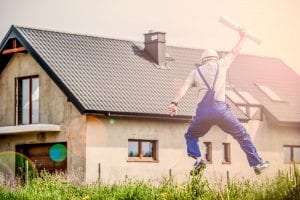 In what appears to have been a classic example of the law of unintended consequences, the government’s attempt to rein in the buy-to-let market (and thereby help first-time buyers competing against private landlords), has had the effect of hindering those trying to provide care for relatively who are elderly but still have at least some degree of independence. Now the offending rules have been diluted, although they may still cause headaches for some.
The background to the problem
As of 1st April, those buying properties which the government considers to be second or subsequent homes pay an additional 3% stamp duty if the property is valued at over £40K (except in Scotland where no extra tax is payable). There are various exceptions in place to try to ensure that people who end up as what might be called accidental owners of second properties, for example those who have inherited them or those who have moved into a new home as the result of a relationship break-up. As the rules were originally drafted, houses with annexes were automatically classified as second homes and triggered the extra charge. To make matters worse, the charge was (and is) applied to the value of the whole property rather than just the annex.
The importance of annexes
In terms of the recent legislation regarding stamp duty on second homes, the term “granny flat” should really be taken to mean “granny annex”. In short, a property only qualifies as a second home if it is capable of being sold independently of the main property and as such it requires its own entrance as well as its own supply of utilities. Hence giving grandparents a “granny flat” of their own inside an existing home would be outside the scope of the regulations. To assist those who simply want a bit of extra space for elderly relatives, the government has announced that it will exclude annexes with a market value of £40K or less and/or which are valued at a maximum of a third of the total cost of the home. The exact date of the rule change is yet to be confirmed, but this news will still undoubtedly be welcomed by many people as will the news that those who have already been forced to pay the charge may be eligible for a refund.
Finding the value
Of course, the decision as to whether or not the tax is payable depends on the value of the annex and determining that may be less than simple. A property may have separate access, but still be challenging to sell as a single unit. According to the treasury the valuation would be generated as part of the sales process. This suggests that it would be a part of the mortgage valuation or home-buyer’s report. There are, however, three problems with this approach. Firstly, it’s unclear what would happen if nobody actually bothered to check the independent sales value of the annex as part of the home-buying process. Secondly, valuing real-estate is arguably part science, part art and part experience. While it does lean heavily on comparables, comparables become more challenging when there is a change in the law which could feasibly affect house prices making previous sales less relevant. Comparables are also challenging on properties of a highly individual character, including those which have been changed by renovations such as the addition of extensions. Finally, while a significant number of house purchases do involve mortgages and therefore mortgage valuations, there is still a small but relevant number of house purchases which are essentially cash transactions and which would rely on the honesty of the purchaser to self-certify accurately in accordance with the law.