The path ahead for the global economy 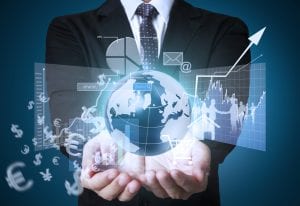 Much has happened to keep us busy in 2018 so far, but there’s plenty to come in the second half of the year in terms of the political and economic events that could shape the future direction of markets, and your investments. It will be interesting to see what, if any impact Donald Trump’s visit has this week.

The big event at the end of the 2017 was the passing of Donald Trump’s tax reforms, including big tax cuts for companies and a drop in income tax which will benefit many American families. However, most won’t feel the affect until they file their taxes in April 2019.
A measure of Trump’s popularity will be the US midterm elections in November, which historically haven’t always gone well for the incumbent president’s party. The whole House of Representatives, a third of the Senate, and most governorships will be at stake, along with hundreds of state legislative seats and local offices around the country.

Donald Trump has upset many Mexicans with his plans for a wall separating the country from the US. Relations between the two neighbours are likely to figure prominently in the Mexican presidential election on 1 July. The favourite to win is the former mayor of Mexico City, Andres Manuel Lopez Obrador, who is leader of the left-wing National Regeneration Movement (MORENA). He has been very vocal about Trump’s policy toward Mexico. Brazil has had a tough few years. President Dilma Rousseff was impeached in 2016 after allegations of manipulating the government’s budget, while former president Luiz Inacio Lula da Silva was convicted of money laundering last year. However, Lula, as he is more commonly known, is among those fighting for re-election in this October’s vote.

The second-half of 2018 in the UK should be all about Brexit in the run up to our scheduled departure from the EU on 29 March 2019. Having reached an agreement on the so-called ‘divorce bill’ at the end of last year, the next stage of negotiations is about the UK’s relationship with our European neighbours going forward. With so much still in the air – including future trade and rules around EU citizens living in the UK – decisions made could have an impact on investment markets, especially trading in the pound.

After China’s grand leadership reshuffle late last year, other South East Asian countries are set for a political refresh in 2018. National elections are due in Malaysia, Thailand and Cambodia in the second half of this year, while Indonesia’s politicians are already on the campaign trail for elections there in 2019. The US withdrawal from the Trans-Pacific Partnership – a trade agreement between 12 countries, representing some 40% of the world economy – was a big headline last year. However, while it means less reliance on the US, it could ultimately lead  to even greater influence from China, now challenging to become the world’s largest economy.

After a tough ride for Angela Merkel in the German election, and the fallout from Catalonia’s bid for independence from Spain, 2018 appears to be a more serene year for politics within the eurozone. However, with such cultural and economic diversity within the bloc, its future sustainability must not be taken for granted. On the economic front, the eurozone as a whole continues to impress in terms of growth, though the European Central Bank (ECB) remains behind the curve in terms of monetary policy – namely it has kept interest rates at 0% while other major economies are beginning to ‘hike’, or raise, theirs.
With the eurozone economic crisis of a few years back still fresh in our memories, an important milestone could be the results of stress tests of Greece’s four largest banks, due to be published by the ECB in May. This will hopefully allow time for any shortfall to be filled before Greece is due to leave its bailout programme in August.
If you’re concerned about how global events could impact your investment portfolio, please get in touch.
Past performance is not a guide to future performance.
The value of your investments and any income from them can fall as well as rise and you may not get back the original amount invested.