Will pension freedom leave you unable to manage your money? 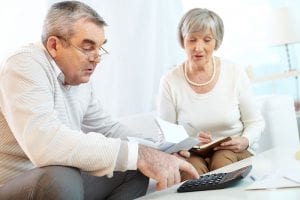 Whatever criticisms can reasonably be made about annuities, they do have one great benefit. They are simple. You make a one-time purchase in return for which you get an income for life. Unfortunately that income may not be anything close to what you hoped it would be. In recognition of this, the government brought in pensions freedoms, which essentially give today’s generation of retirees the ability to keep their pension funds invested and draw an income from them instead of having to buy an annuity. While this idea sounds attractive in principle, it’s worth thinking about whether or not it could feasibly work for you in practice.

The background to pensions freedoms

While none of the main political parties has yet to make any serious move to abolish the state pension, the fact of the matter is that it is a significant drain on government funds, particularly in view of longer life expectancy. With that in mind, there has been general agreement across the main parties, that people should be encouraged to save for their later years. The problem was that recent decades have seen a perfect storm in the pension market. Defined benefits (final salary) schemes have been largely eradicated from the private sector. Their place has been taken by defined contributions schemes in which the eventual pay-out is based on investment returns rather than pegged to an employee’s salary. The Equitable Life and Mirror pensions scandals shook confidence in private-sector and employer-based schemes respectively. To crown it all, the restrictive nature of annuities was a source of frustration for modern retirees, who wanted more flexibility than the product was designed to offer. In an attempt to push forward the principle and practice of individuals saving for retirement, the government offered new pensions freedoms designed to address the needs of today’s generation of pensioners. One of these freedoms was the ability to use a pension fund in essentially the same way as any other form of investment capital, with all the potential for risk and reward this entails.

With freedom comes responsibility. In this case, the responsibility for ensuring that a pension pot lasts a lifetime is shifted from the annuity provider to the private individual. Unless the person in question has a guaranteed income from another source, they are in essentially much the same position as a professional gambler. Their income is entirely dependent on the performance of their investments. Now, there are people who make a lot of money as professional gamblers but it is unarguably a risky profession and one which requires commitment in terms of time, energy and mental strength. Some older people may enjoy this slightly edgier lifestyle, while others may have alternative incomes (such as buy-to-let or income from part-time businesses), which mitigates the risk, but for everyone else the potential rewards on offer thanks to pensions freedoms has to be weighed up carefully against the potential risks. Older people also need to be aware of and realistic about their chances of succumbing to age-related conditions such as dementia and Alzheimer’s disease.

What options are available?

Arguably anyone with any sort of financial responsibility should have measures in place to ensure that their financial business can be managed easily in the event of their becoming incapacitated and wound up easily in the event of their death. Those entering the later stages of life should certainly take care of this while they are still able. They should also think clearly about the different stages of aging and be realistic about how they are going to cope with them. One approach might be to ease into retirement and to keep working to some extent in order to minimise the need for pension income, while keeping the pension pot invested and, hopefully, growing. They can then buy an annuity at a later date, when its simplicity becomes more appealing and the rate on offer is likely to have increased as the individual will be older at the time of its purchase.
The value of investments and any income from them can fall as well as rise. You may not get back the amount
originally invested.