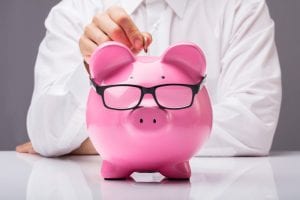 The introduction of automatic enrolment in 2012 has led to a record high in pension participation, with more than 9.5 million people enrolled through the scheme. But contributions are at minimum levels, ONS data has shown
The number of employees who contribute to a workplace pension has increased over the last five years: 73% of UK employees had an active workplace pension scheme in 2017 compared to 47% in 2012. Much of this rise has been attributed to the Government’s automatic enrolment scheme, which has seen more than 9.5 million people automatically enrolled in a workplace pension since October 2012.
The fact that more workers are benefiting from the scheme is clearly positive news, but the phased increases to the minimum contribution levels is raising concerns that more will choose to opt out on affordability grounds; impacting significantly on the size of their pension pot.

When the scheme began, employers and eligible employees each had to pay in a one per cent minimum contribution. In April 2018, this increased to a five per cent total contribution, with the employee paying three per cent. In April 2019, it will increase again to eight per cent, with the worker paying five per cent.
The table below illustrates the impact of these phased increases and the reason for concerns about affordability:

Workers who will struggle to afford the increases can opt-out of the scheme completely but will lose out on future private pension benefits, including contributions from your employer as well as associated tax relief from your own contributions.
If you opt out of the scheme within one month of being automatically enrolled, you will be treated as if you had never joined the scheme, and any money that you have paid into the scheme will be refunded in full.
If you opt out later than the one month period for a refund, any contributions that you and your employer have paid into your pension pot would normally remain invested until you can draw retirement benefits.

Opting out of your workplace scheme could significantly impact your standard of living in retirement so we would always recommend you take our advice before taking action.
The value of your investments and any income from them can fall as well as rise and you may not get back the original amount invested.
Contains public sector information licensed under the Open Government Licence v3.0.
HM Revenue and Customs practice and the law relating to taxation are complex and subject to individual circumstances and changes which cannot be foreseen.
If you’re concerned about how to manage your pension savings, please get in touch