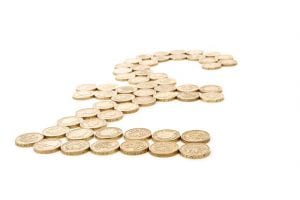 Budget 2016 is now upon us and we can finally see the main budgetary issues for the year ahead. Here are the key points which could affect personal finances.
1 – A New Sugar Tax
“Sin” taxes are nothing new with taxes on alcohol and cigarettes having been in place for years. The latest food item to go on the tax “naughty list” is sugary drinks. To be introduced in about two years, there will be two bands depending on the level of sugar in the drink. In England and Wales, the money raised will be used to provide increased funding for sport at primary-school level. The devolved governments in Scotland and NI will decide themselves how the funds raised in their respective jurisdictions will be spent.
2 – Smokers Also Feel the Pinch
With a 2% increase on the price of cigarettes and 3% on the price of rolling tobacco, smoking has just become an even more expensive habit. Alcohol however escapes tax increases with freezes across the board on the duty payable on beer, wine and spirits. While the purported aim of this freeze is to help pubs, those who like a tipple of any sort.
3 – Fuel Duty Stays Frozen
It has been several years since fuel duty was last raised and so the continuation of the freeze was hardly a surprise. While the biggest beneficiaries are, of course, the heaviest users of fuel, such as transport companies, fuel costs feed into the everyday expenses of people in the street too. Leaving aside the cost of motoring, fuel costs affect how much it costs to transport staple items such as food from A to B and therefore how much is costs in shops.
4 – Sharing Just Got More Attractive
There are now two separate allowances (of £1K each) for micropreneurs engaged in trading and/or earning income from property, meaning that individuals could potentially make up to £2K tax-free income from occasional activities such as trading on eBay or letting out driveway space. Of course, these activities would still be subject to all relevant regulations and any local-authority restrictions. It should be noted that the definition of trading is essentially the provision of goods or services, which extends beyond simply running an online micro-business. It could, for example, feasibly cover more traditional business types such as hostess parties and other forms of direct sales. It could also make it possible for those with hobbies to earn some income from their handiwork, e.g. by opening up an etsy shop.
5 – Class 2 NICS Are Mixed
At current time, the self-employed are required to pay Class 2 NICS on profits of £5,965 or over and Class 4 NICS on profits of £8,060 or over. As of April 2018, Class 2 NICS will be abolished and Class 4 NICS will be reformed, although the shape of the reform has yet to be made public. This again could be of assistance to those who have an “extra” or “side” income such as those who have a self-employed job in addition to a main job or those who only earn a small amount e.g. by working a small business alongside childcare commitments.
6 – A Premium Tax on Insurers
Whether or not this is good news may depend largely on where you live. A premium tax on insurance companies will be used to pay for new flood defences and the improvement of existing ones in England. If insurance companies choose to pass on this cost to customers in the form of higher premiums, then those outside of flood-prone areas will essentially find themselves paying higher insurance costs to protect those in higher-risk areas.