Is there a shock in store for your retirement? 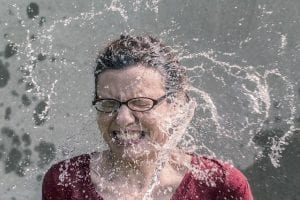 According to the latest research under-40s could face a 148% rise in the cost of retirement living, over-45s also need to be prepared for financial shocks that could change their retirement plans.

Research by Royal London has revealed that today’s 35 year-olds need to have saved at least £666,000 by age 65 in order to secure the same standard of living as today’s pensioners. This is indeed a wake up call created by estimates predicting a 148% increase in retirement living costs by 2050.
The research also found that today’s 30-40 year-olds have an average pension pot of £14,000. This represents a significant shortfall on the monthly income that will just cover the basic £1,715 cost of ‘essentials’ (such as transport, housing, food and energy) in 2050.
But it’s not all bad news…
Despite the above, there is good news, as the research also suggests the younger generation are no worse at planning for their future than those entering retirement today. It states that, 67% of 18-40 year-olds asked said they were saving for retirement (only slightly lower than the 68% of 65-75 year-olds who said they have a pension in place).
The younger age group also displayed an awareness of the likely shortfall they could face at retirement, unless they up their pension savings. 57% of those in their 30s, and 51% of those aged 18-29, said they expect to work part-time after they ‘retire’ to supplement their retirement income, while 40% of under-40s predicted that the state pension will be a thing of the past by 2050.
‘Exposed generation’ risks retirement shocks
Many current pension savers over 45 could be facing unexpected news in retirement as they too are underprepared.
The most commonly-cited potential retirement ‘shocks’ among the over-45s included:

When asked, it became clear that far from being oblivious to the risks 85% of those questioned were indeed worried about increased risks to their retirement dreams in the wake of this year’s pensions reforms.
So what can you do about it?
You can’t predict the future – but you can prepare for the unexpected. By building a personalised financial plan, and reviewing it regularly, you can take control of your future and give yourself a better chance of enjoying a happy and prosperous retirement that is able to withstand unexpected surprises.