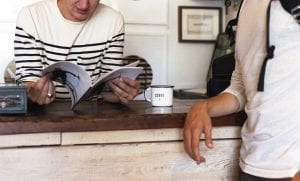 The Markit/CIPS purchasing managers’ index (PMI) is a monthly survey which is eagerly watched by those with an interest in the financial health of UK PLC. This month, the August data for the crucial service sector showed healthy growth.

A trampoline or a dead-cat bounce?

As Harold Wilson is said to have remarked, a week is a long time in politics. It is now two months and counting since the historic Brexit vote and while the jury is still out on what that vote actually means in reality, in the real world of the high street and online, the dust appears to be at least starting to settle. The July data for the PMI showed a decline, hence at least part of the increase this month is simply regaining the lost ground, but it is still growth rather than decline. It should also be noted that August is an unusual month in that it contains extended school holidays as well as a bank holiday (in much of the UK). It is therefore a time when the leisure, entertainment and hospitality industries would be expected to be pretty much in full swing. Economists are therefore likely to be watching eagerly to see if this strong performance continues over the run-up to Christmas and beyond.

Financial services in a fragile state?

While the service sector has many components, it’s hard to dispute the importance of the financial services sector and there are still jitters in this area, some of which may be connected with Brexit. It was only shortly after the Brexit vote that Lloyds announced job losses in the UK. It is, however, unclear just how much, if any of these announced cuts, was actually due to Brexit itself. While the UK could, in principle, lose its right to act as a clearinghouse for Euro transactions, the jobs which are currently being lost have nothing to do with this area. They relate to branch closures and the harsh reality is that as customers have moved to online banking, the need for physical branches has been reduced, hence their vulnerability to cost-cutting measures. This has nothing to do with Brexit; it is a reflection of changing consumer habits. Lloyds has also admitted to being under investigation by the Financial Conduct Authority due to its behaviour towards customers who were having difficulty paying their mortgages and could feasibly have more potentially costly skeletons rattling in its cupboards. It also has to consider how an extended period of ultra-low interest rates could affect its profitability (and indeed business model). Other banks will have their own strengths and weaknesses and while none may be overjoyed by Brexit, it remains to be seen in what way and to what extent it will affect them.

Will manufacturing benefit from Brexit?

While the service sector plays a crucial role in the UK economy, it’s worth remembering that the manufacturing sector also contributes. As with so much to do with Brexit, it’s still very early days, but a weak pound could be great news for UK manufacturing. Even though it will mean that the import of raw materials becomes more expensive in real terms, it can help to make UK exports more affordable on the international market. It can also help to reduce the cost of employing workers in the UK as compared to those in lower-wage economies. The outlook for UK manufacturing may also depend on global oil prices since manufactured goods need to be physically transported from the factory to the retailers. Low oil prices benefit companies which want to transport goods over long distances, such as between Asia and Europe. If oil prices increase, then transport costs can become more of an issue, which makes it more attractive to manufacture goods closer to their intended destination.